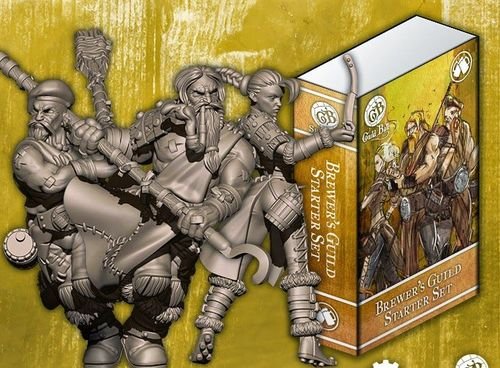 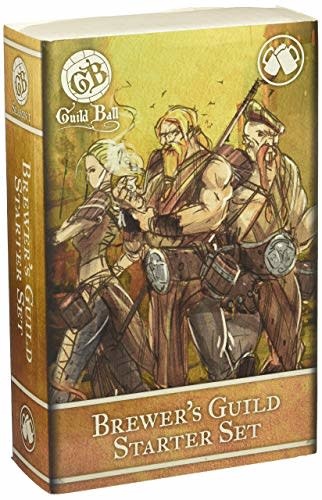 But their play style is more than just being hit. They excel in late game as they generally have superior numbers left at this point, but their mid-game is also strong due to their knockdowns and board control.

Not the most synergistic in terms of combo play, they do enjoy some degree of team buffing. Brewers generate the most momentum when pushing opponents in to and out of position with buffeting blows and plays.

Relatively slow up and down the field, the Brewers rely on long reach weapons and easy access to pushes and knockdowns, thereby giving them huge board presence and control.

Drinking and Guild Ball have always gone hand-in-hand. Most of the big championship matches will have street vendors selling a range of home brewed poisons to the gullible and the desperate. The Brewer's Guild has elevated the twin arts of drinking and playing far beyond the familiqar stumbling of the Sunday league drunks. Fueled by the pure amber nectar produced and aged within their secret distilleries, a Brewer's team is a maelstrom of physicality, a drunken wrecking ball staggering its way across the pitch.

Using the Brewer's Guild is a lesson in violence and survivability. They can both absorb and deal out a tremendous amount of damage, whilst all the time knocking their opponents to the floor and sticking a tactical boot in. Tapper, Hopper, and Friday are an alcoholic powerhouse that are at their happiest in the center of a brawl.