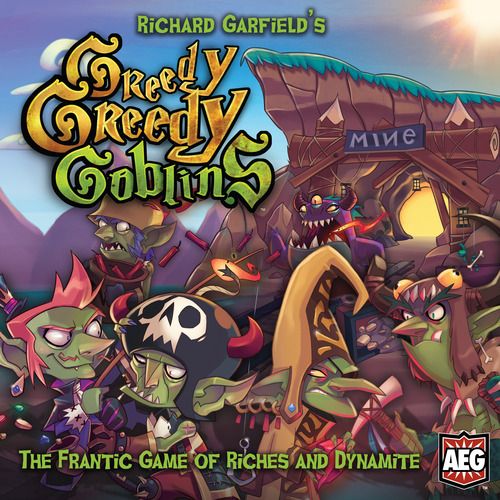 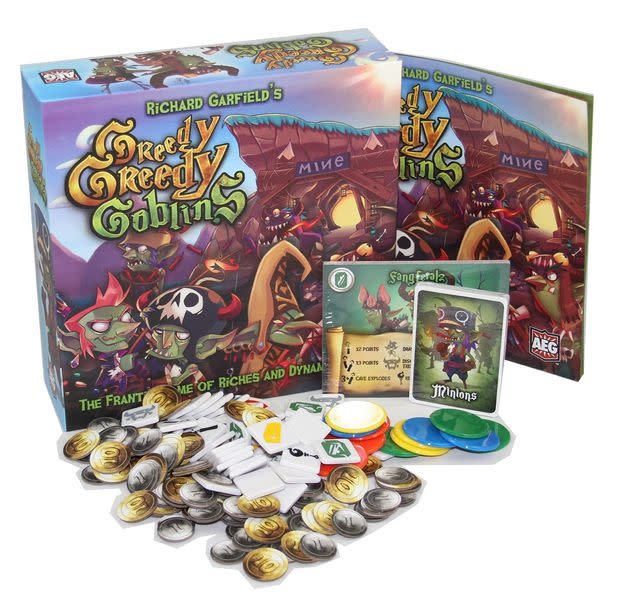 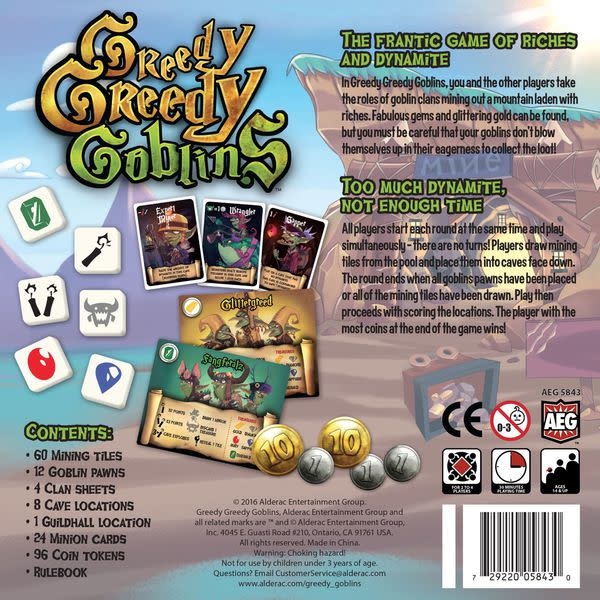 Players lead a clan of goblin miners who want to gather the most valuable collection of gems. Coins are scored for gem tiles on the mines you have claimed, with bonuses for dynamite tiles — but if there is too much dynamite, the mine (and all the riches within) are destroyed!

In more detail, players sit around a circle composed of cave game boards and the guildhall game board, with sixty mining tiles placed face-down within this circle. Each round, while playing at the same time, players use one hand to look at one mining tile at a time, then place it on one of the cave game boards. At any time, a player can claim the guildhall or a cave by placing one of their three goblins on the board, after which no more tiles or goblins may be placed on this board.

Once everyone has placed all of their goblins (or decided not to place them), players resolve the boards. The goblin on the guildhall draws a minion card that provides a special ability, while each goblin in a cave scores coins based on the gems, diamonds, dynamite and monsters found there; these goblins can also take minion cards if minion tiles have been placed in the cave. Dynamite multiplies the value of a cave, but three or more sticks blows the place up, costing you coins.