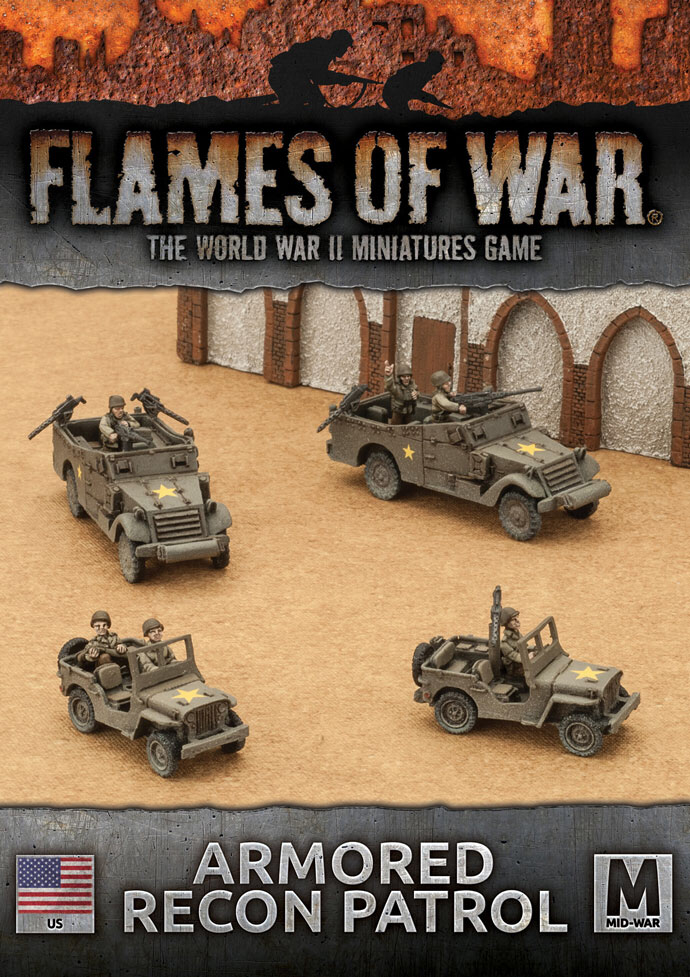 Each Armored Recon Platoon has two patrols of four vehicles each. The US Army likes its reconnaissance units to pack a punch. The M3A1 carries three machine-guns—one .50-calibre (12.7mm) and two .30 calibre (7.62 mm) mounted on a sliding rail around the top of the passenger compartment. Before it speeds back to report on enemy positions, it is more than capable of mowing down any enemy infantry caught in