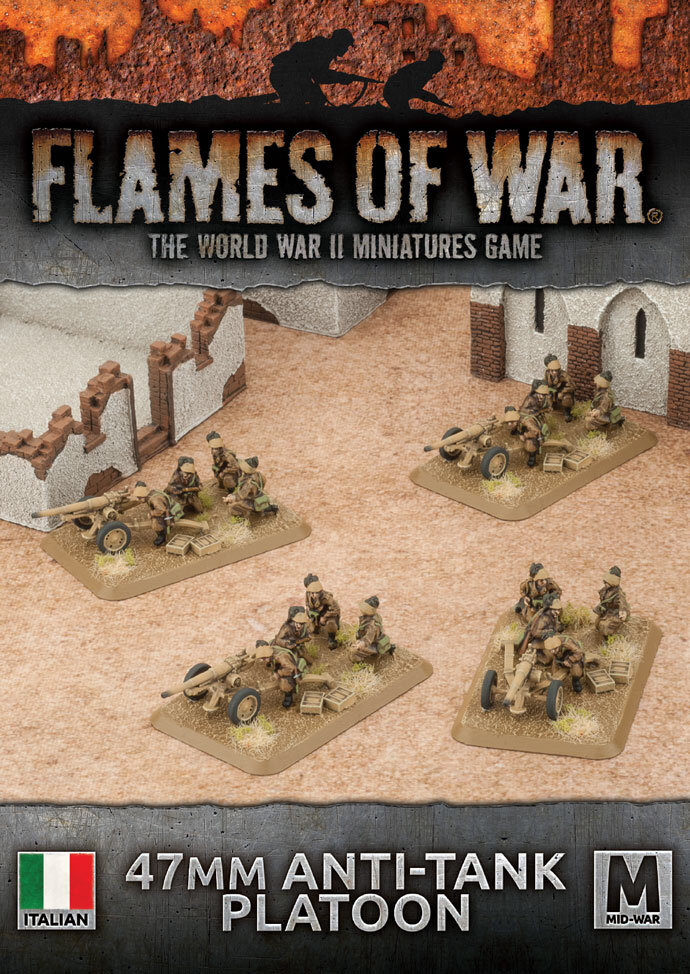 The light 47/32 gun is a small and mobile 47mm gun, allowing it to accompany infantry in the attack or be easily hidden in the defence. It is effective against enemy machine-guns and light tanks, knocking out these threats to the infantry it protects.

The Austrian-designed 47/32 M35 gun is relatively light for its calibre at 315kg (695 lb), making it quite mobile for a heavy crew-served weapon. Its 2.37kg (5.23 lb) explosive shells are quite effective at knocking out enemy machine-gun nests, while its armour-piercing and HEAT rounds are deadly against light tanks.