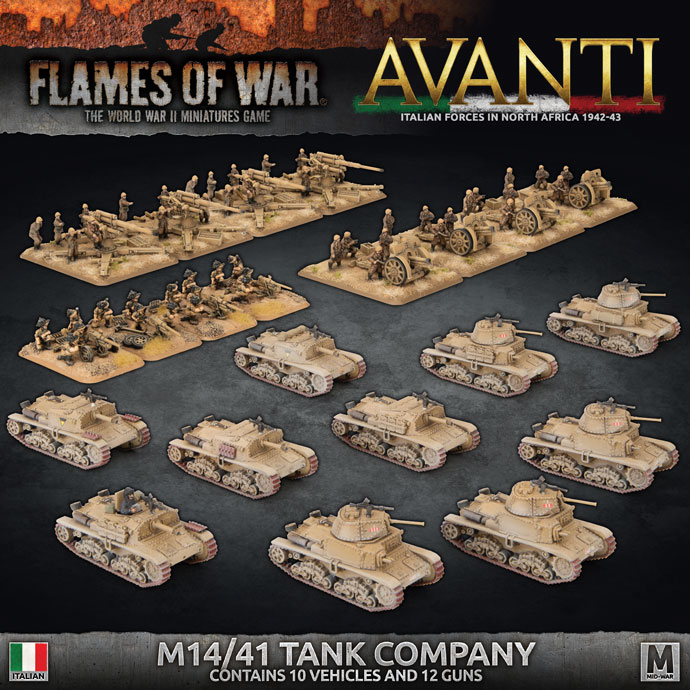 Italian M14/41 Tank Company (ITAB03)
The Italians learned about modern warfare the hard way in 1940. Now they are back, showing the world what the Italian soldier can do. Fighting under the famous ‘Desert Fox’, General Rommel, they form a crucial part of the Italian-German Panzer Army. Tough, determined, skilled, and aggressive veterans, the Italians broke through the British Gazala Line to save the trapped German Afrika Korps, held the line at El Alamein, and opened the way at Kasserine Pass, before holding up the American offensive at El Guettar. Fight or die for the new Roman Empire!