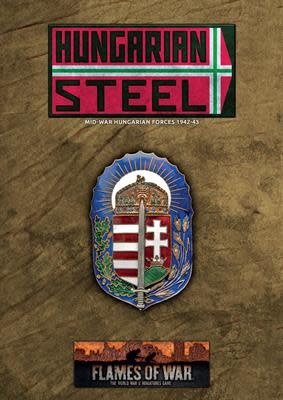 FW254 Hungarian Steel - Hungarian Forces in Mid WarThe Hungarians joined the war against the Soviet Union in June 1941, first contributing a mobile corps of light tanks, motorised infantry and cavalry. By 1942 they had committed an entire field army of 220,000 men made up of ten divisions in three corps. The freshly raised force was made up of young Hungarian recruits with little combat experience, but they were soon proving themselves in hard fighting on the Don River. They were backed up by the 1st Armoured Field Division who had many veterans of the fighting in 1941. Contains all the Unit and Command Cards required to play a Hungarian Force in Mid War  USD 25.00