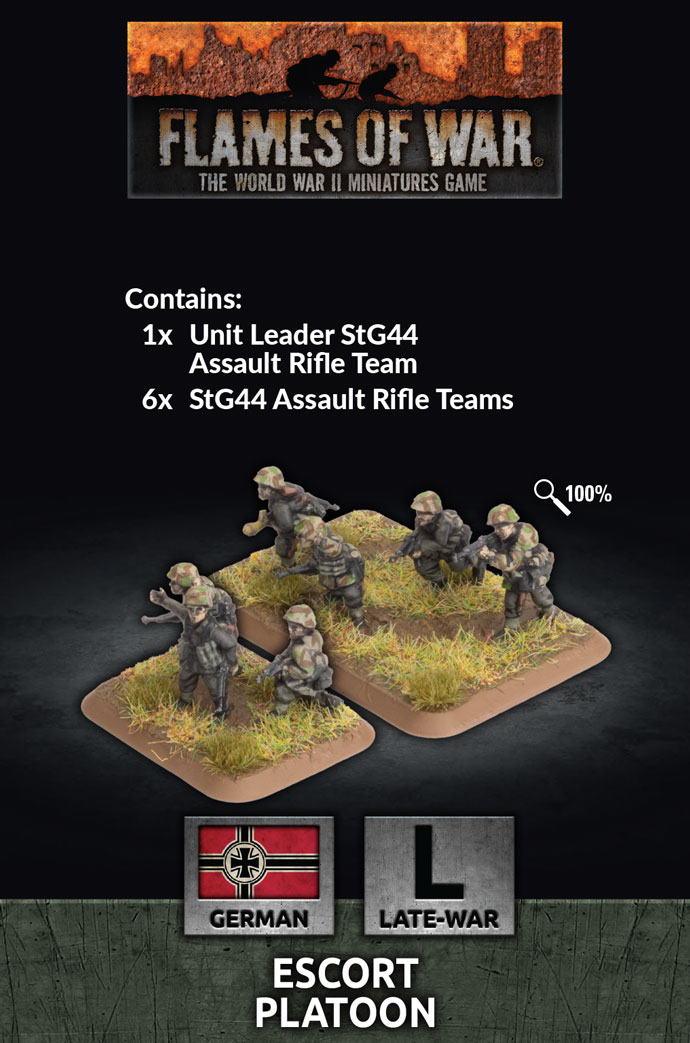 189. Sturmgeschützabteilung was the first unit to use Begleit, or escort, tank riders to escort their assault guns. Sometimes they fought dismounted away from the assault guns as the battle conditions dictated. They were armed with the new StG44 assault rifle, the first weapon of this type to see combat.