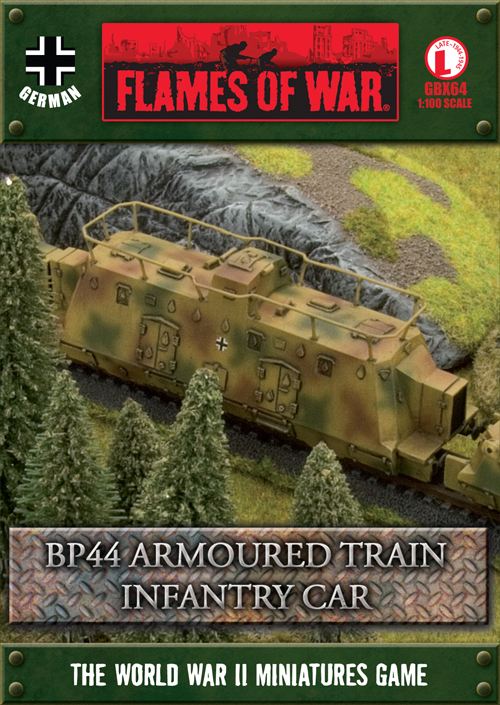 With captured Polish and Russian trains as templates the Germans went about creating a standard model of armoured train in 1941. This was known as the BP42, and with later additions, the BP44. These new trains borrowed from the captured designs’ increased artillery capability over the existing German trains. They also overcame some of the perceived design flaws in the captured trains by splitting the artillery car in two, leaving only one gun on each car and thereby reducing loss of firepower if an artillery car was knocked out. Modern anti-aircraft guns and tank-hunter cars were also added making a formidable self-contained fighting unit.