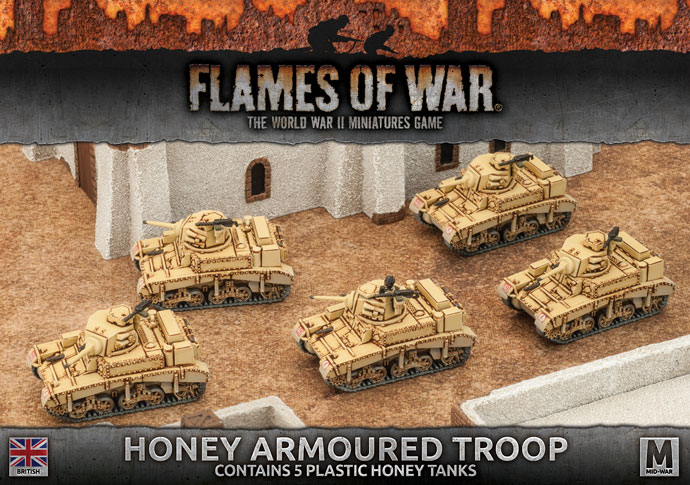 The M3 Stuart Light Tank is the first American-made tank supplied to the British Army under the lend-lease programme. One of its intended roles was infantry support. But to the British, infantry tanks are slow and heavily armoured, so the Honey is employed in the same way as the British-built cruisers. Compared with earlier British-designed tanks, it is much less prone to breaking down—so reliable that its drivers call it a ‘Honey’.