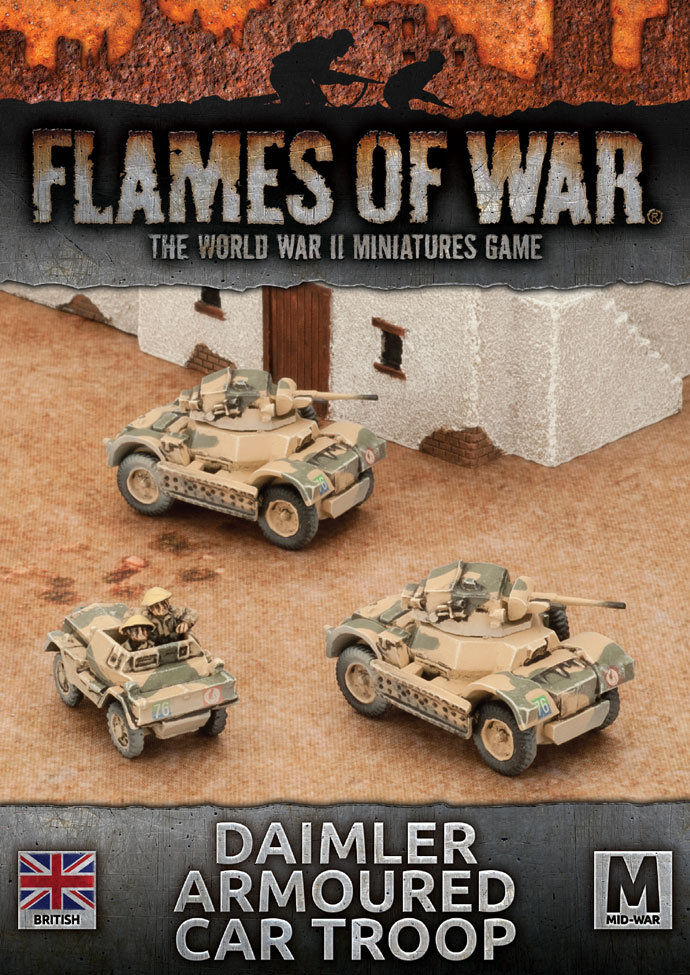 The Daimler armoured car was the latest model to be fielded by the British in the desert. Armed with the same 2 pdr anti-tank gun as the cruiser and infantry tanks, the Daimler was more than capable of dealing with enemy armoured cars.

The little Dingo scout cars that operate with them led the advance, poking their noses into potential trouble spots and ambushes, covered by the guns of the bigger armoured cars concealed and waiting behind.