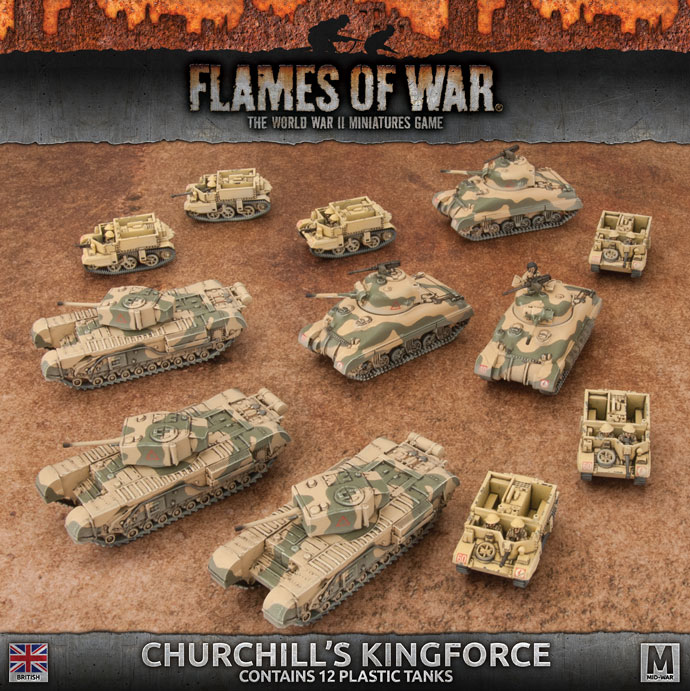 The Churchill tank first went into action as part of the raid on Dieppe on the French coast in August 1942. Their performance there was less than spectacular. Two months later, the Churchill was given an opportunity to redeem itself in the form of Kingforce. By the end of the Battle of El Alamein, the Kingforce had destroyed five panzers and three anti-tank guns for the loss of one tank. The Churchill tank had shown that it was ready for battle. It was capable of taking punishment and handing it out in spades.