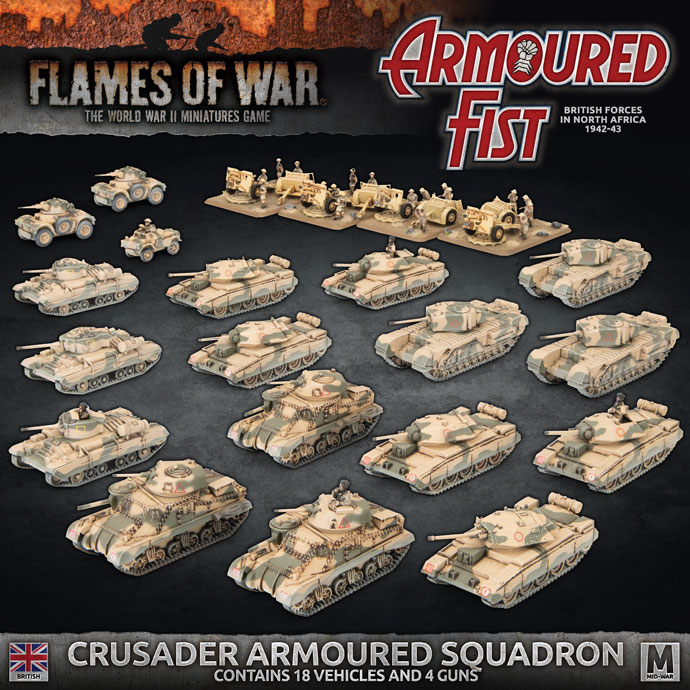 British Crusader Armoured Squadron (BRAB15)
“I want to impose on everyone that the bad times are over, they are finished! Our mandate from the Prime Minister is to destroy the Axis forces in North Africa...It can be done, and it will be done!.”
~Montgomery