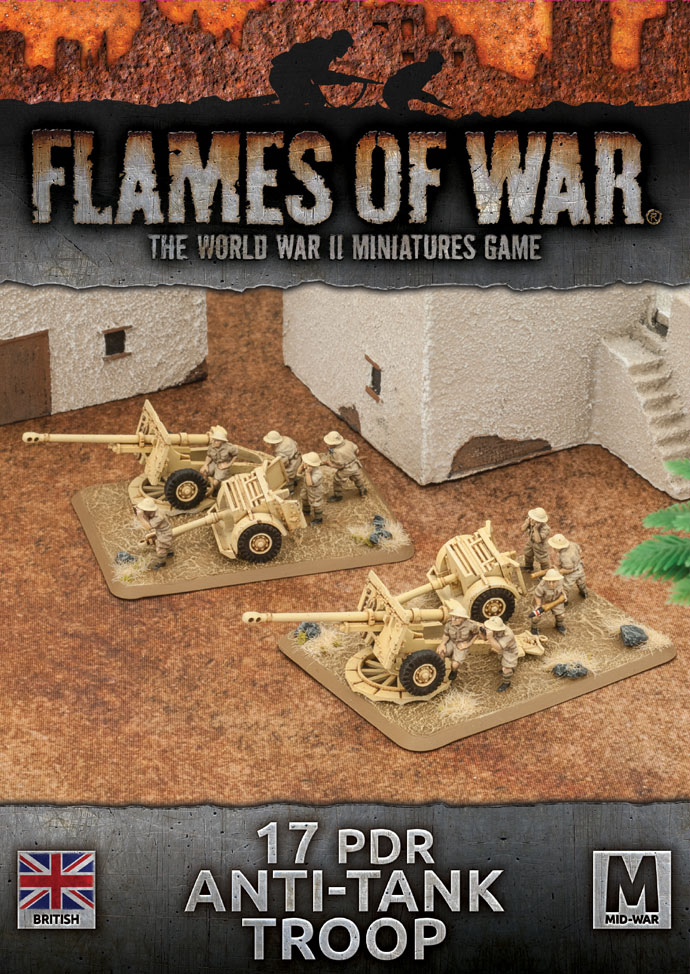 In the ongoing race between tank armour and anti-tank guns, even the 6 pdr would not be powerful enough for long. The answer was the huge 17-pounder. The barrel was ready by May 1942, but the carriage still needed work, so in an effort to rush the gun into service to deal with the arrival of heavy German panzers like the Tiger, a tempory hybrid solution was created by mounting the gun on a 25 pdr carriage.

The resulting 17/25-pounder, codenamed the 'Pheasant', first saw action at the Battle of Medenine in March 1943.