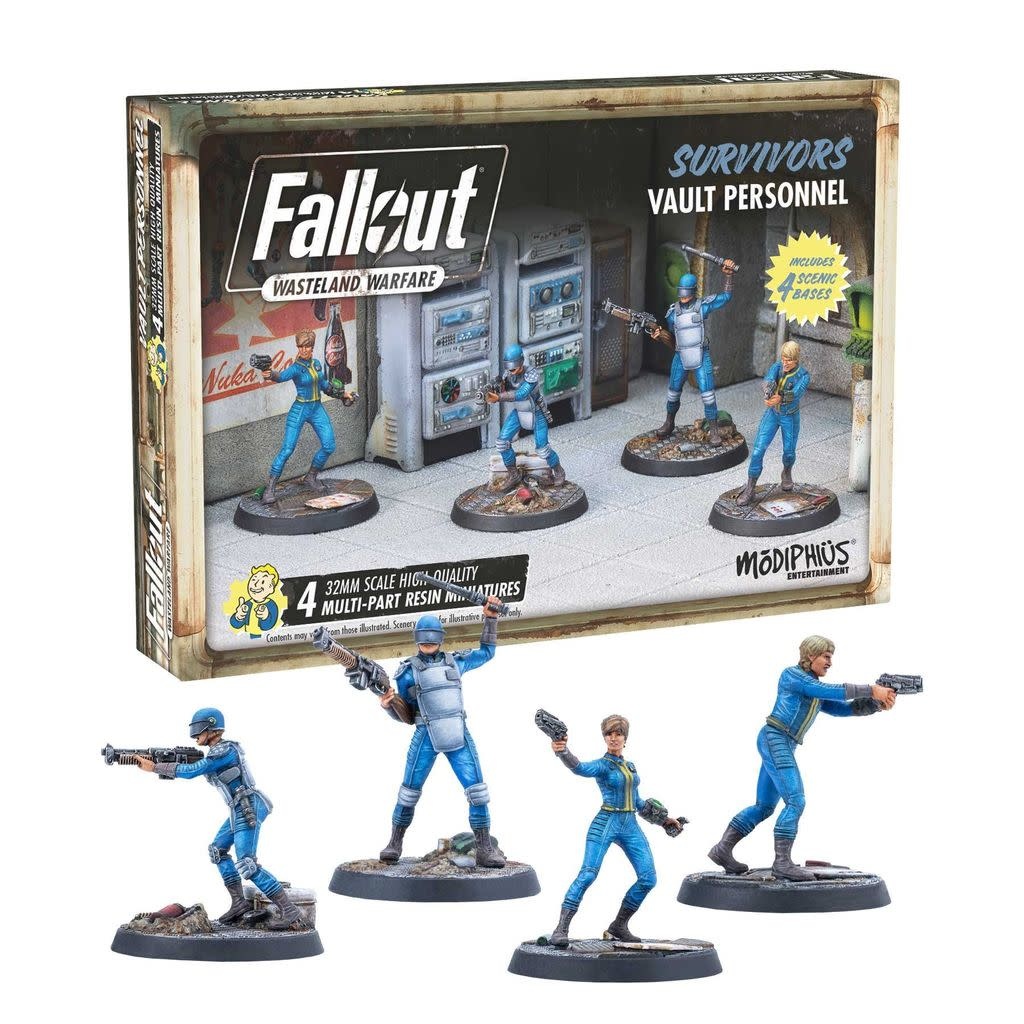 Life in the Vaults has continued (in most cases) unabated for years since the start of the great war, but now the Vaults are opening. Be it mechanical fault, pre-programmed emergence or outside influence, Vault Dwellers are more and more common in the wasteland. Sometimes such denizens strike out on their own. Other times they join up with fellow survivors or stay in the relative safety of their homes. Either way they have been preparing for emergence for years, and come out swinging.

The first line of defence in any vault are the vault security guards. Ostensibly they protect and serve, ensuring any threats from the wasteland are kept and bay and keeping law and order in the vaults themselves. In many vaults they also serve a darker purpose - that of keeping the vault dwellers in line and enforcing the iron will of the overseer, and by extension Vault-Tec itself.

The Vault dwellers themselves are often tougher than they first appear. Years and even generations in the vaults have not dulled their abilities, and exercise regimes and stockpiles of food have staved off malnutrition and the rigors of radioactive fallout. Added to this, many Vault dwellers have had to adapt to the conditions in Vaults (which may not always be designed with their best interests at heart). Some of the most notable heroes (and villains) of the wasteland had their start in the Vaults, including the Sole Survivor and the Lone Wanderer.