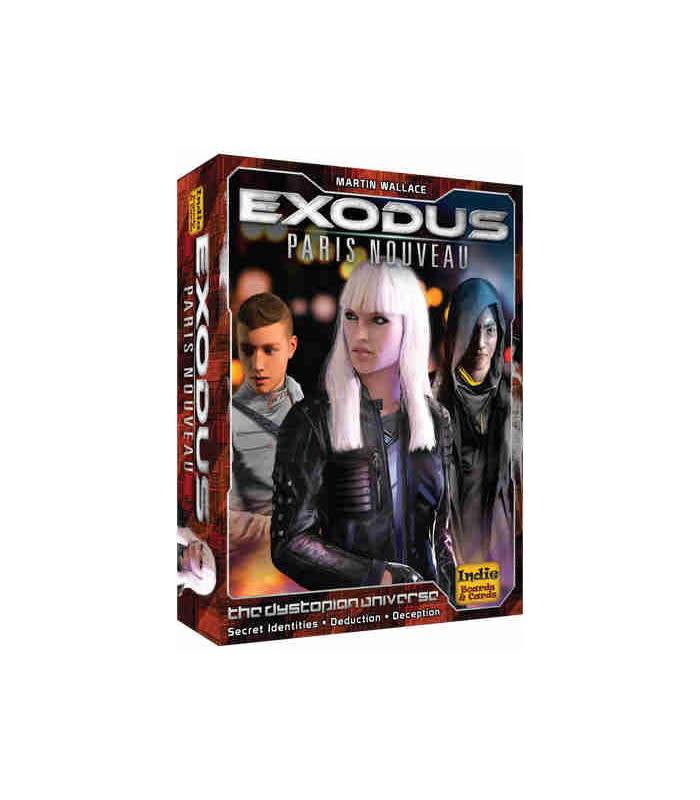 Your mission? Lead a daring rescue attempt to save innocent citizens from the corrupted Paris Nouveau government. You've been in this together from the beginning. You've had each other's backs, but we fear some of your team may have been bought off by the hunters — especially since our last team didn't come back. Trust no one but yourself!

In Exodus: Paris Nouveau, you're a member of a specialist team sent on a rescue mission to save refugees trapped in an urban warzone. At the start of the game, the players are secretly and randomly divided into two teams: those with a secret hunter ID card are on the hunters team, and those with a secret rescuer ID card are on the rescuers team. The problem is that although you know which team you're on, you don't know which of the other players are also on your team and which are on the other team!