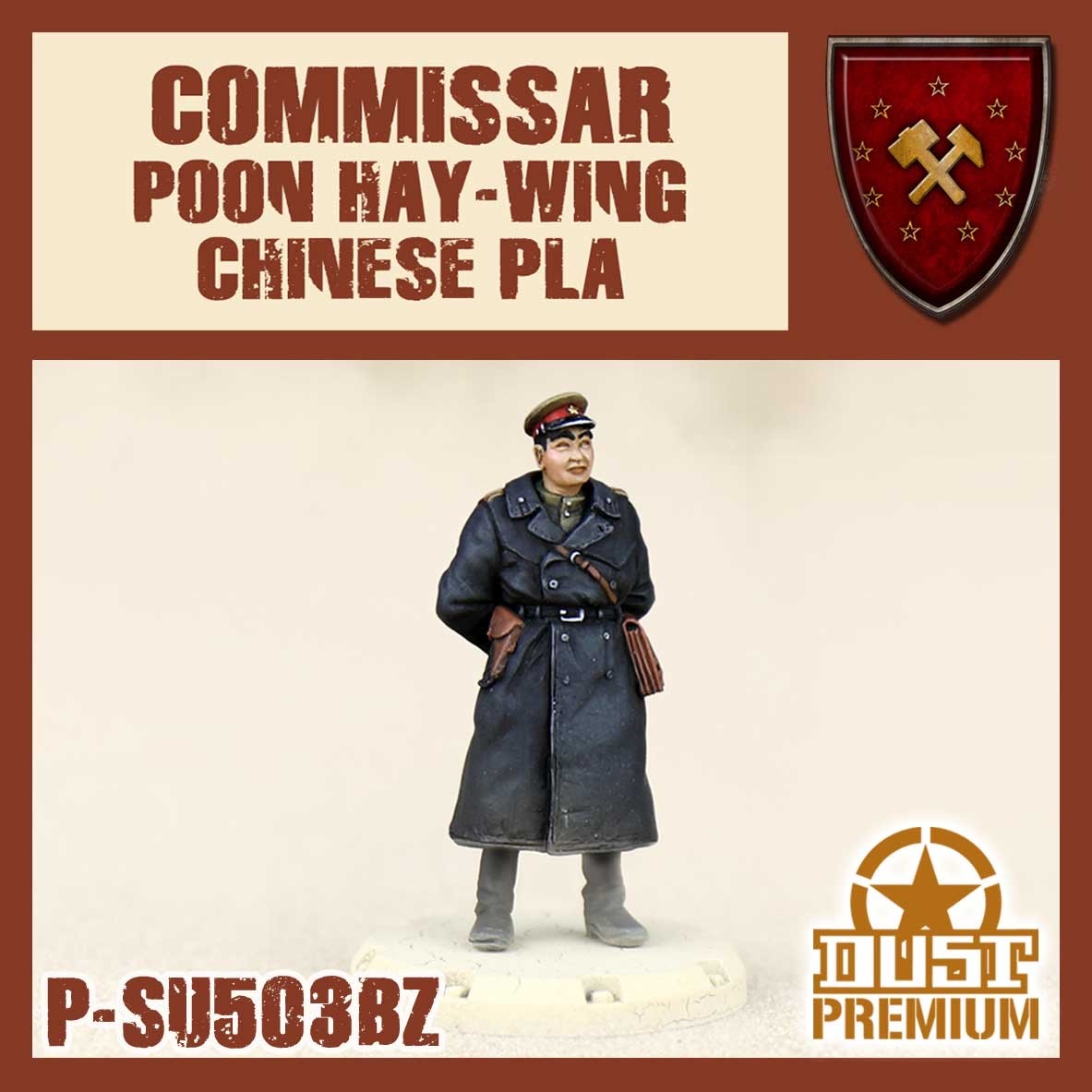 The World Revolution can only be successfully achieved through political purity and unfaltering courage! Political commissars of the Sino-Soviet Union make sure that front-line troops and those that command them follow every order to the letter. Every thought must be monitored before and during a battle, and there’s no-one better at this than Commissar Poon Hay-Wing of the People’s Liberation Army. He has spent so much time fighting against the invaders of his country that he can inspire greatness in all around him like nobody else. Commissar Poon doesn’t adapt to the area he’s fighting in, the area must adapt to him! He keeps his Commissar leather coat wherever he’s assigned to, and as such is offered with both a Babylon and a Zverograd Premium bases.

This miniature comes with its own Dust 1947 Unit Card.