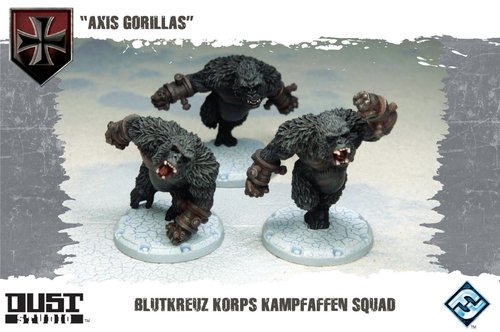 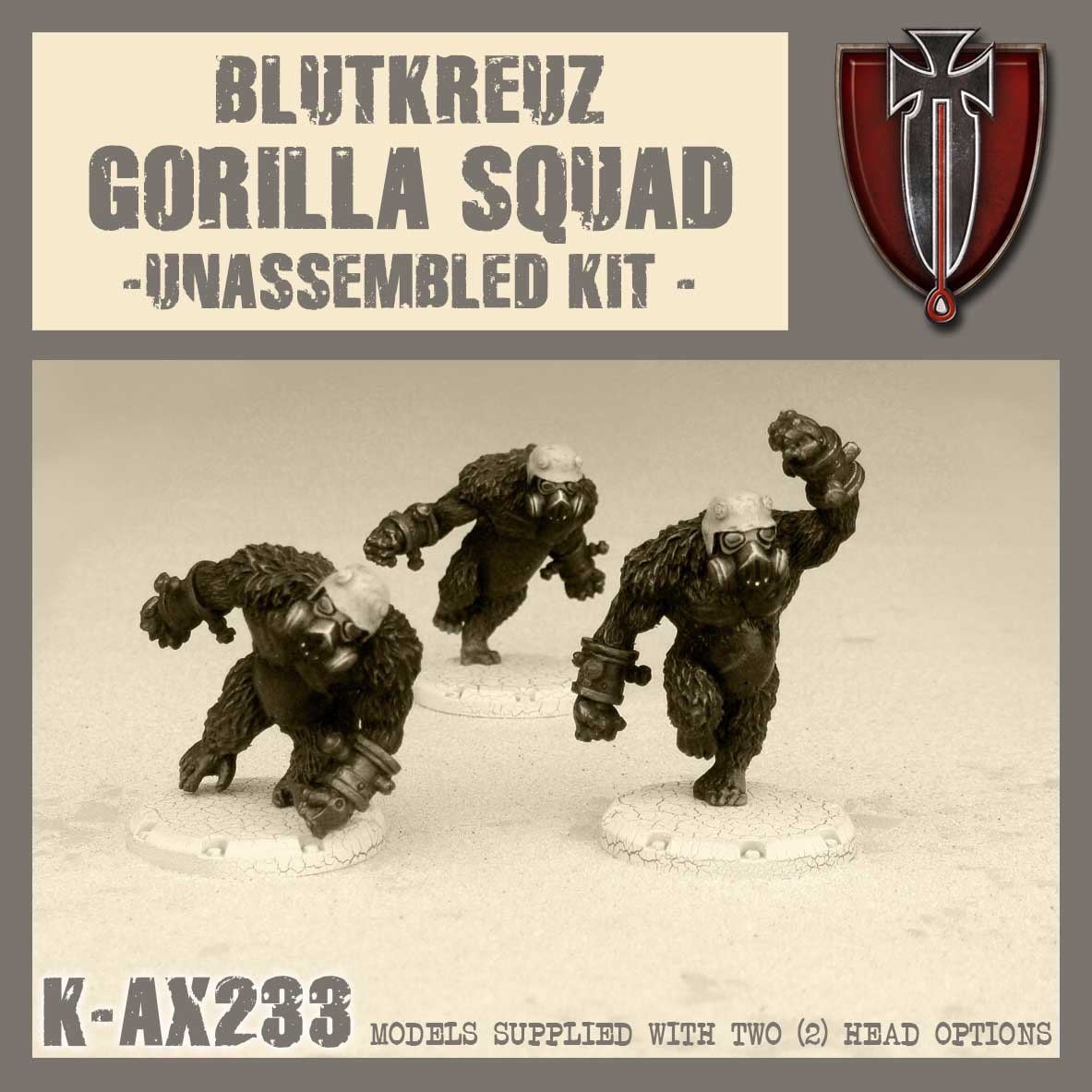 The secret laboratories of the Blutkreuz Korps have produced effective combat units in the past, but none have been considered works of art until the "KampfsAffen" Program yielded the Axis Gorillas. Genetically altered for an increased mental capacity, these specimens also possess both Herculean strength and bestial savagery that they are forced to direct against Allied targets in battle.

These inhuman fighters cast dread into the hearts of Allied soldiers when they charge into the fray. Allied units are advised to kill Axis Gorillas on sight or keep a distance as their monstrous attacks are brutal enough to destroy both squads and walkers of any strength in close combat. Don't be surprised to see a pack of enraged gorillas tearing apart an Allied walker with a sickening ease.