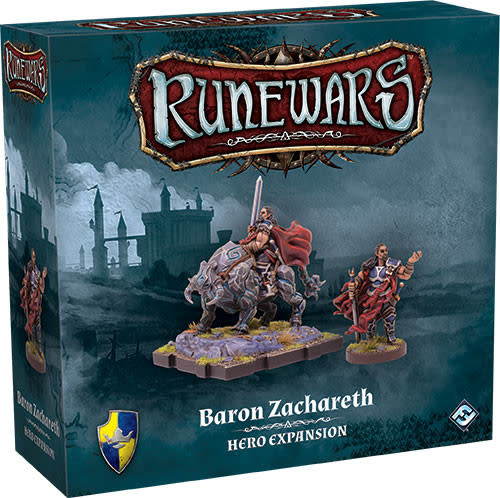 Called warmonger, opportunist, and even hero, Baron Zachareth of Carthridge occupies an uneasy seat of power among the Daqan Lords. One the battlefield, Zachareth is feared for his devious stratagems and held in awe for the arcane lore that he wields to empower his forces and destroy his foes. At council, Zachareth's true ambitions and loyalties remain hidden behind his charismatic presence and silver tongue.