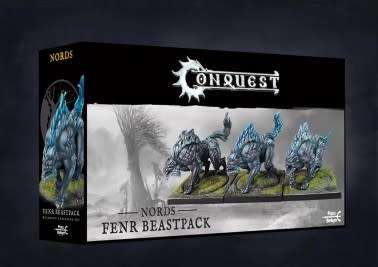 Massing almost half a ton and porting massive fangs and wicked claws, the most terrifying trait of the Fenr Beastpack is its cunning intellect. Closer to what one would expect from apes, those Wargs that consent to join a host in battle can be found ranging ahead of the main force, hunting light cavalry and skirmishers before turning to fall upon the flanks and rear of the engaged enemy.