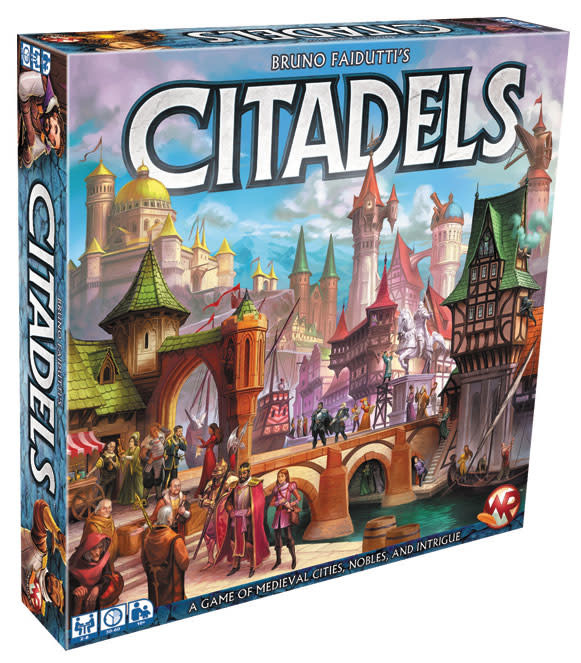 Plot, scheme, and deceive as you build fantastical cities in Citadels, Bruno Faidutti`s classic card game of card drafting, intrigue, and characters changing hands. In Citadels, two to eight players must shrewdly draft characters and use their abilities to create the most lavish, profitable city possible. This revised edition includes all the content from the previous editions by Fantasy Flight Games, along with new characters and districts developed by the original designer. Updated graphic design and all-new art brings to life an inviting realm rich in diversity and filled with possibilities.