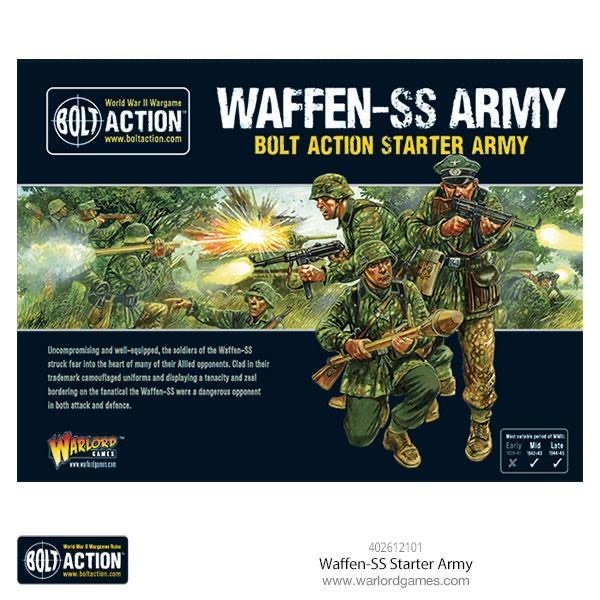 Their armoured units won many plaudits for their actions, and although relationships between regular army units and the Waffen-SS were sometimes strained, most SS units fought ferociously, against great odds until the wars end in Berlin, 1945.

The Waffen-SS was a controversial organisation - their zeal and discipline could not be questioned although their many documented atrocities will perhaps be their greatest legacy.

The army list can easily be reconfigured to suit your playing style and when you are ready to expand your force there are plenty of options in the ever-growing Bolt Action range of miniatures and vehicles.

Aside from the plastic and metal models shown in the list below, this set also includes Bolt Action vehicle stat cards, waterslide decals, damage markers and assembly leaflets.

* Made from the components of the plastic sprues included