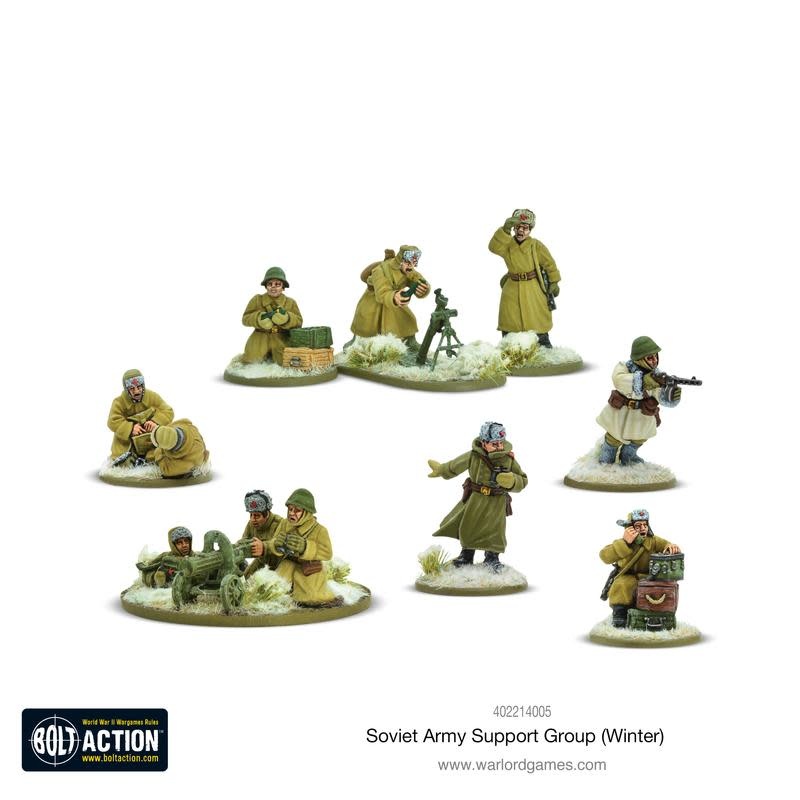 Like the soldiers they commanded, many Soviet officers were inexperienced and lacked training at the beginning of the Great Patriotic War. Stalin's ruthless purge of officers of the Red Army in 1937 had denuded the organisation of leadership and left deep scars in the survivors' minds.

Throughout the war, showing initiative was seen as a dangerous trait, and most Soviet officers would follow their orders to the letter even if they meant marching their men to certain death. Soviet operational leadership improved immeasurably over time, but the heavy casualties endured by the Red Army indicates that overall battlefield control remained a blunt instrument.

The red army used the venerable Maxim Model 1910 as its medium machine gun throughout the war, the very same weapon that had served the Tsarist army in world war 1. It was a capable weapon that could be tripod-, sledge- or wheel-mounted and was often given a useful shield to help preserve the crew.

The Maxim was so heavy and cumbersome, however, unlike most other Soviet weapons, the Germans seldom made use of captured examples.

The standard Russian medium mortar of the war was the 82-PM-41 or 82mm battalion mortar Model 1941. This served alongside the otherwise similar 82mm Model 1937. Both were very effective and accurate weapons with a range of about 3,000 yards.

82mm mortars were regarded as artillery rather than infantry weapons by the Russians and were usually massed together in batteries for battalion-level support.