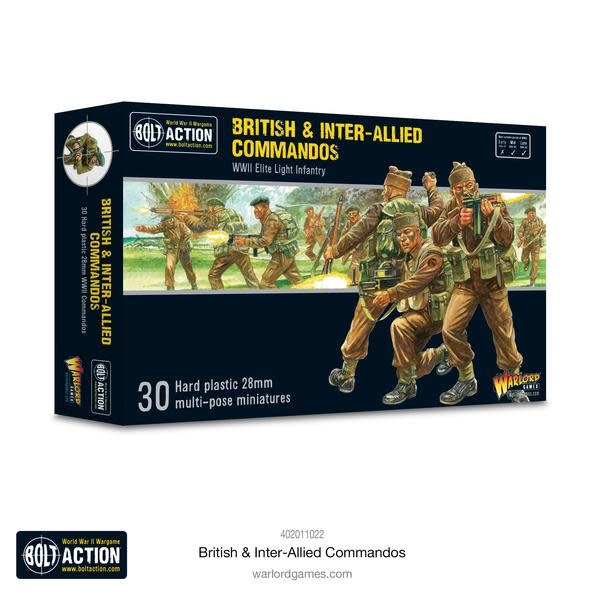 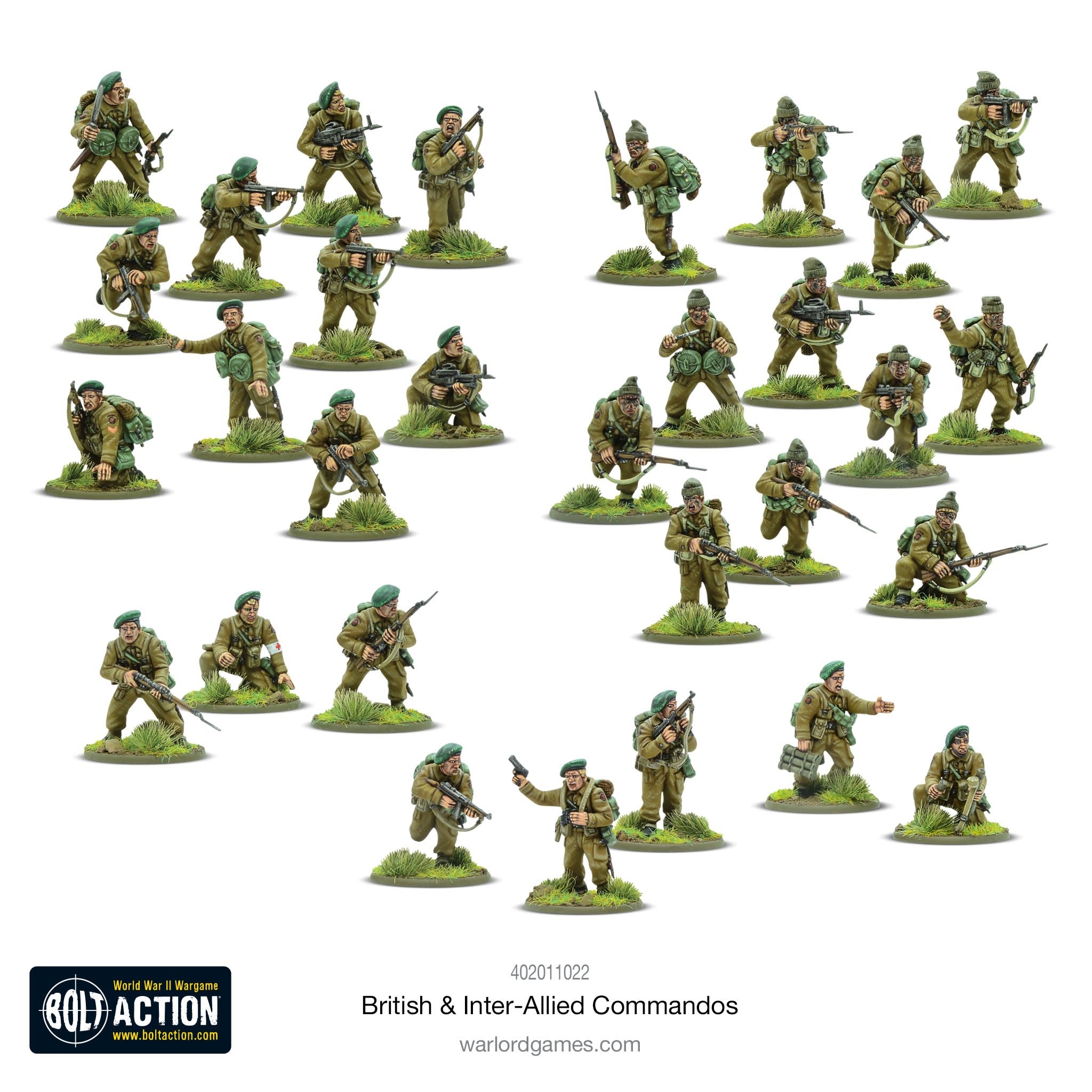 The Commandos established an extraordinary reputation for dash and bravery in World War II. Formed in 1940 by order of British Prime Minister Winston Churchill with the express goal of taking the fight back to the apparently unstoppable German armed forces that had thrown the British Expeditionary Force out of France with such apparent ease. An all-volunteer force, they recruited from all parts of the armed services. Indeed there were Army commandos, Naval commandos and the Inter-Allied Commando regiment which included nationalities such as the Belgians, Polish, Dutch and others.

Commandos fought in campaigns in Europe, Burma, Africa and earned battle honours for many famous actions including arguably the greatest raid of all – St Nazaire.

Commandos were fielded in many different ways - from units of less than a full section up to full assault divisions depending on the task at hand. Superbly trained, aggressive in action, well-equipped and deadly in hand-to-hand combat the Commandos were rightly feared by their German, Italian and Japanese foes.