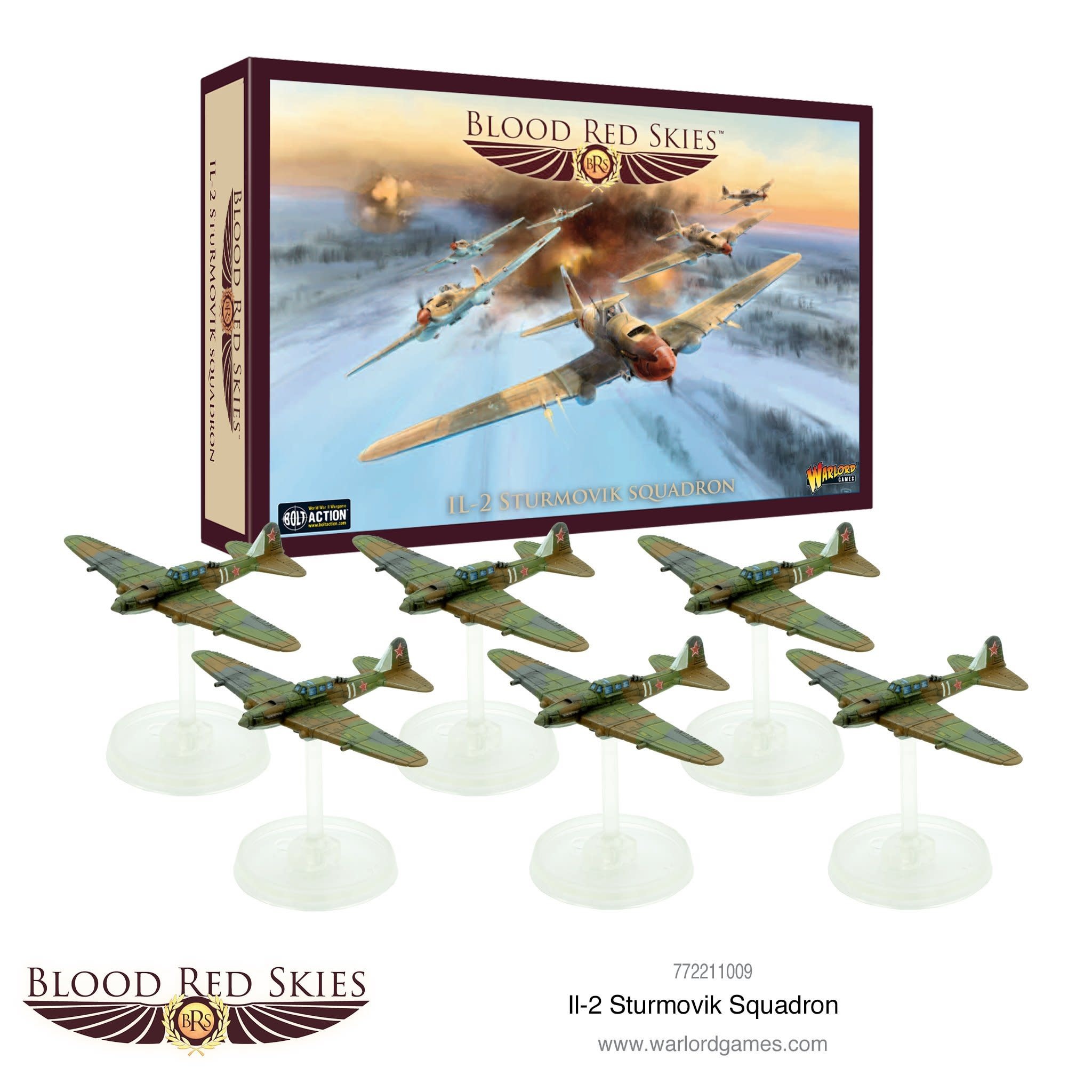 Initially a single seater, the Il-2 proved to be a deadly air-to-ground weapon. This variant was to see heavy losses due to its vulnerability to fighter attack. Consequently, by September 1942, a two-seat design with a rear gunner under a stretched canopy entered service.

In the desperate months early in the war, the Sturmovik was pressed into a fighter role. Outclassed by dedicated enemy fighters in dogfights, the Il-2 could successfully take on other Luftwaffe aircraft. The German 7.92 mm machine guns were ineffective against the heavily armoured Sturmoviks, close formations of Junkers Ju 87 Stukas, Junkers Ju 52, Heinkel He 111 and Focke-Wulf Fw 200 Condor bombers would be favoured targets.

Sturmovik pilots employed a brave defensive tactic, they would fly fast and low. This meant that the majority of ground fire would miss or ricochet from the armoured tub. If an enemy fighter closed in, they would slow down, letting the fighter overshoot and fly into the Il-2's firing range.