Home » Beyond the Gates of Antares: Freeborn- Command Squad 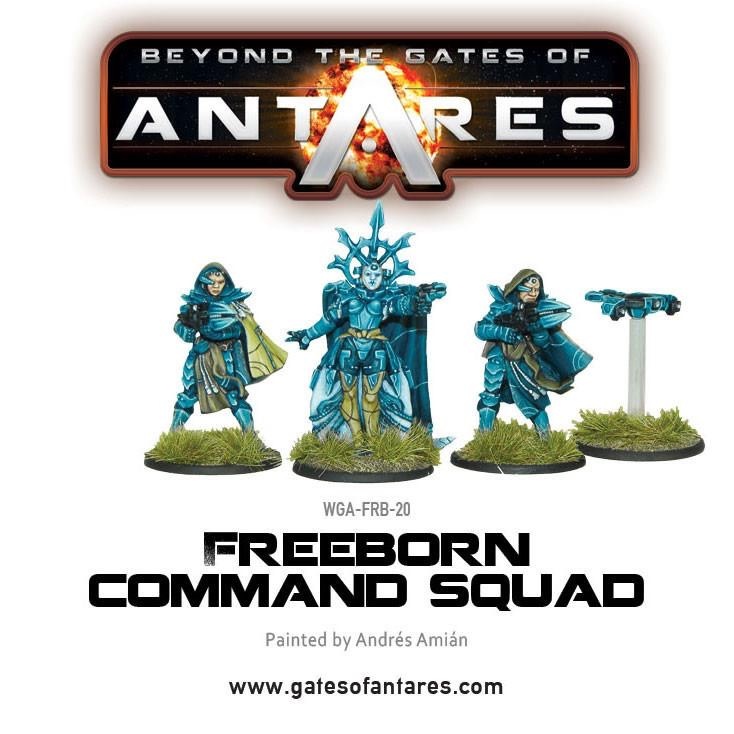 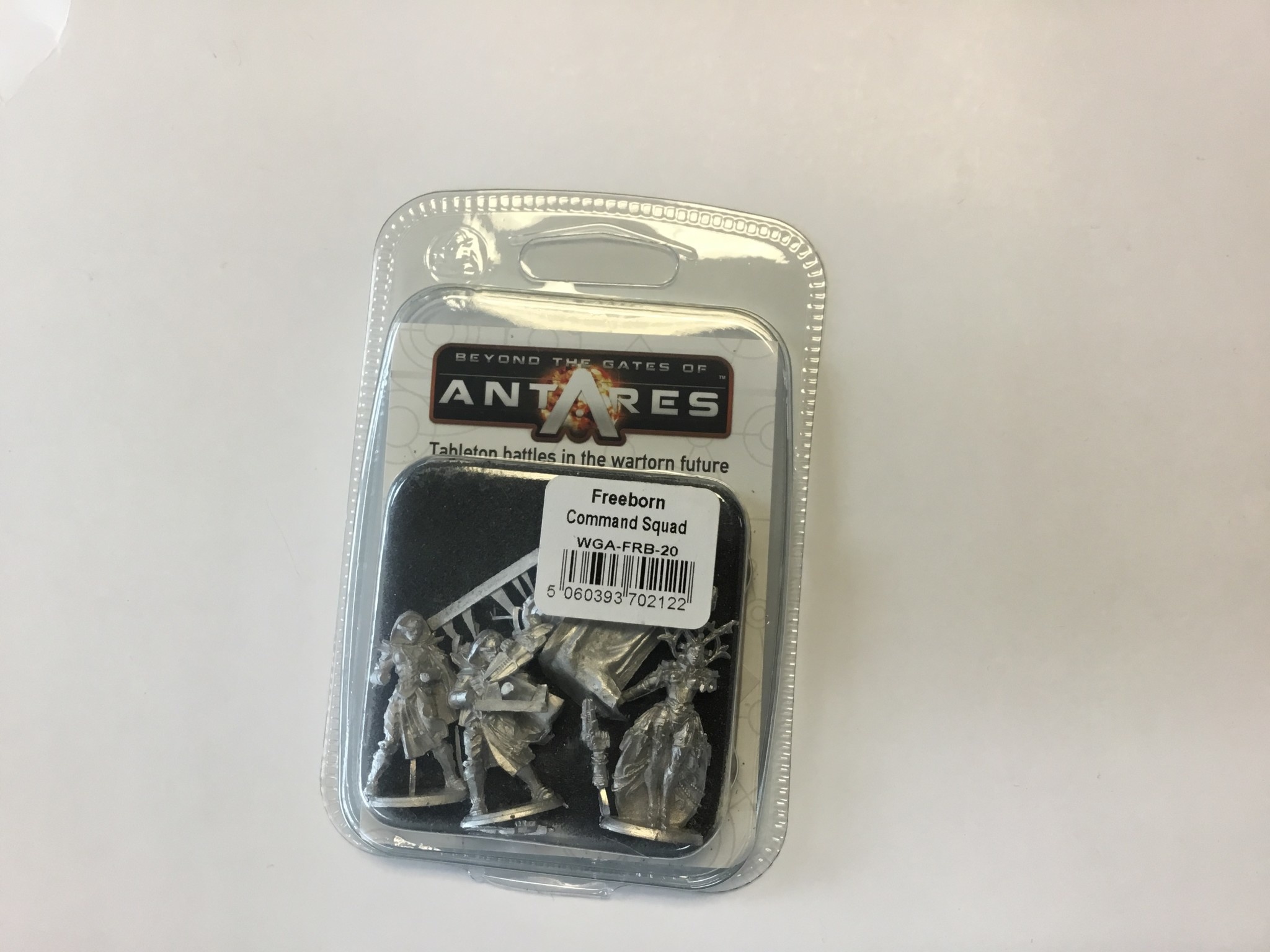 Beyond the Gates of Antares: Freeborn- Command Squad

The Freeborn are merchants and traders, pursuers of wealth, inﬂuence and power within Antarean space. Their numerous ﬂeets maintain a free-ﬂow of commodities and technology between human worlds and beyond. The neutral status of the Freeborn allows their ships to travel easily between antagonistic societies such as the Isorian Shard and Panhuman Concord, and the Ghar and Algoryn. Although the Freeborn maintain a number of hidden worlds as supply bases, for the most part they stand aside and apart from other human societies, recognising no masters but the lord of their own household.