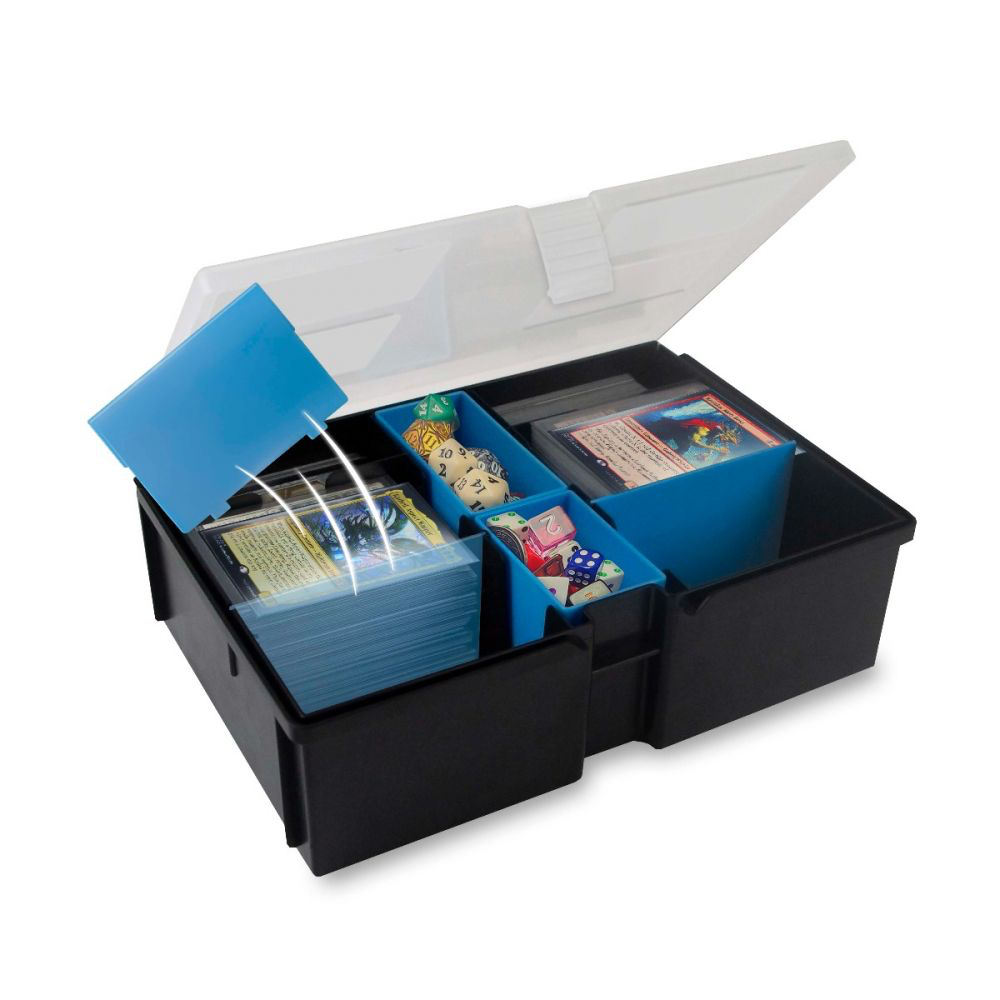 Like the original Prime X4 Gaming Box, the larger version (XL) has four cells to hold cards, but these cells are taller than the original. The Prime X4 XL will hold four decks of 100 double sleeved cards, making it ideal to store Magic the Gathering Commander decks. A pad under each deck makes it easy to get your finger under the cards when removing the cards. Dividers can be removed allowing you to store double size Commander or Planechase cards, and the dividers can be stowed in the back of the box if needed. Extra spaces in the back are great for tokens and extra cards. The Prime X4 XL includes two removable dice trays. These boxes are stackable. The latching lid keeps everything safe and secure.